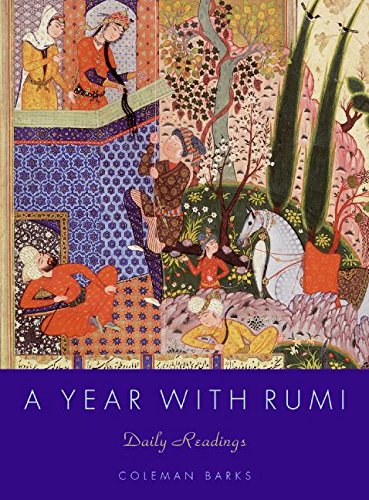 A Year With Rumi: Daily Readings

Coleman Barks has played a central role in making the Sufi mystic Rumi the most popular poet in the world. A Year with Rumi brings together 365 of Barks’s elegant and beautiful translations of Rumi’s greatest poems, including fifteen never-before-published poems.

Barks includes an Introduction that sets Rumi in his context and an Afterword musing on poetry of the mysterious and the sacred. Join Coleman Barks and Rumi for a year-long journey into the mystical and sacred within and without. Join them in recognizing and embracing the divine in the sublime, in the ordinary, and in us all.